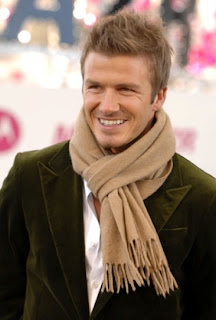 Dear Mr Beckham,
I write this in earnest, more as a fan than anything else.
Why Milan sir?
Why during the break in the MLS season?
To keep fit? to still be in the reckoning under Mister Capello?
To get 1 more cap?
I'd like to believe that it's because you're a patriot and would do almost anything to still wear the colours of your country.
But, the cynic in me tells me otherwise.
The 2 games you've played for Milan so far have been a testament to your athleticism and I'm sure you still have a lot to give (to the MLS, Milan and/or England).
I'd like it if you could just put your hands up and admit that LA Galaxy was (and is) a mistake and you'd rather be in Milan.
There's nothing wrong in making the wrong choice.
Coming clean about it and moving on would be the thing to do.
Posted by Azmi at 2:15 AM